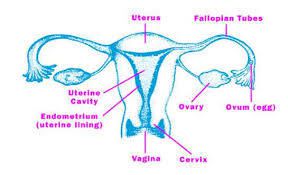 To understand the various reasons why mittelschmerz may be experienced, it can be helpful to review what is happening within a woman’s reproductive system at the mid-point of the menstrual cycle. It is at this time that an egg is released from one of the ovaries, and is pushed into the fallopian tube, where it remains for 12 to 24 hours waiting to be fertilized. If it is not fertilized during this period of time, the egg will die, and move out of the fallopian tube to be absorbed into the uterine lining. From the time the egg is ready to leave the ovary, until the time it is ready to be moved from the fallopian into the uterus, there are certain things that may occur that can cause the pain that is referred to as pain during ovulation. These causes are usually looked upon as being possible or probable causes since the true cause of mittelschmerz is not completely understood.

Problems with the Ovaries or Follicles

If the pain is experienced and is felt only on one side or another, the source may be in the ovary itself, and the pain will be felt in the vicinity of the ovary that is releasing an egg. The pain will not always be experienced on the same side, as it depends on which ovary happens to be releasing an egg during a particular menstrual cycle. One of the causes of pain is believed to be if the egg happens to be trapped in an ovary. The egg will be released but may burst through the ovarian wall in the process.

The above-mentioned causes of mittelschmerz are in some respects as much theory as they are fact. It is believed that any of them could cause pain, but it has yet to be proven that any of them actually are responsible for pain, should it occur.

While the above possible causes of pain during ovulation are generally quite harmless, there are certain causes of ovulation pain, or pain in the vicinity of the reproductive organs, that could be mistaken for ovulation pain, and that are due to some underlying disorder that demands attention.

Problems Not Necessarily Related To Ovulation

Although the chance of appendicitis being mistaken for ovulation pain is somewhat rare, given the timing that would have to be involved, such incidents have been known to happen. The danger lies in the fact that pain caused by an inflamed appendix could be mistaken as being an ovarian pain, and the condition could be allowed to go untreated for too long a time. A case of appendicitis can quickly develop into an emergency situation.

Ovarian cysts can sometimes cause pain which would naturally fall under the classification of ovarian pain, although the pain would not necessarily occur midway through the menstrual cycle. Still, the presence of cysts could cause pain that might be mistaken as pain due to ovulation.

Infections can also be a source of pain in the pelvic area, or in one or more of the reproductive organs, and any pain resulting from such an infection could become more pronounced during ovulation.

While pain during ovulation can vary in intensity, it is always a good idea to seek medical help or advice should the pain be prolonged or severe, as it could be the result of something that definitely requires medical attention and treatment. In most cases though, pain during ovulation is just another of those uncomfortable things that one sometimes has to put up with.

Dr. Atif writes health articles for body pain tips. His articles have appeared in a number of e-zine sites, including EzineArticles, ArticlesBase, and HubPages. Learn more about how Dr.Atif’s health articles by visiting his blog at BodyPainTips